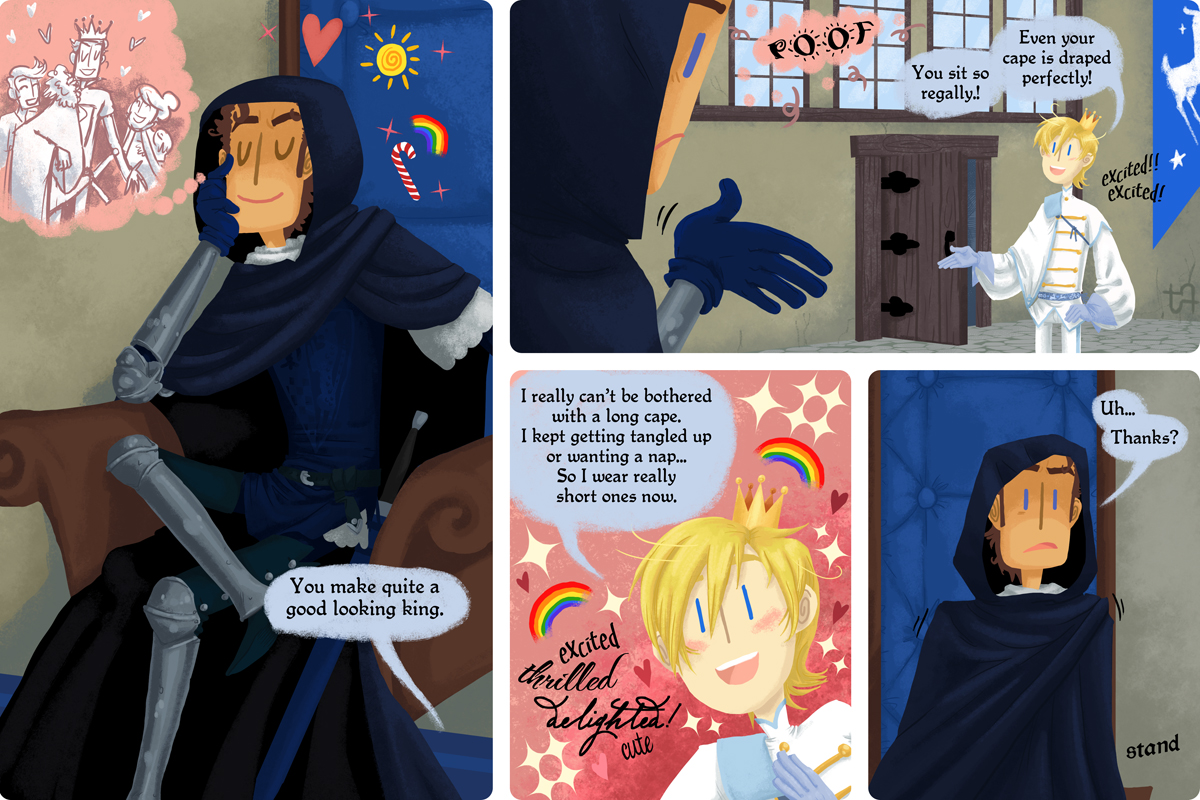 Hey everybody who reads this!

I hope you enjoy the page. I hope you like Evan! <3 I like him so much but as his owner I guess I would wouldn't I? Marcus is really cute too in his own way. <3 Sorry for the font-a-palooza there but Evan sort of brings all the fonts and rainbows and sparkles out of me. It's a good thing this isn't real media or the page would be shedding glitter like Liberace.

Now, you may (or may not. I bet not!) have noticed that there is a new poll up on the page. It's asking you - Are you going to San Diego Comic Con? I also asked it on my twitter but as I imagined not many people there but a big thanks to Workparty who answered me from out of the void! <3

The reason I am asking is... I'm cooking up a ridiculous contest? event? circus? SHENANIGAN?? Which will involve me, original dokidoki CheckMate art, and MAYBE YOU!

I'm going to see how it pans out. Who knows maybe it will all be a shenanigan for me and Kristen will get a bunch of original art. Awwwww.... Kristen gets everything doesn't she?

Do you know I posted this once without your bonus??? I'm terrible. I'm sorry. 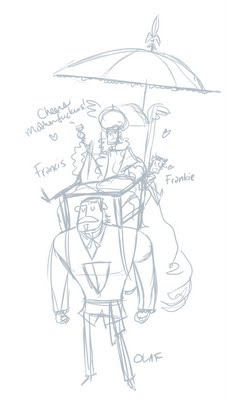 In case you wondered how the Emperor got around it's totally not by horse. It's by Olaf. YES. I am taking it from Emperor's New Groove because I am sorry, it's only the best way to get around after horse and scooter (or airconditioned Pirate Taxi). Interesting to note: Olaf comes from the same country and Franklin, Evan's butler. And yes, the Emperor Francis opted for open-air seating.

More later and see you next page!! <3